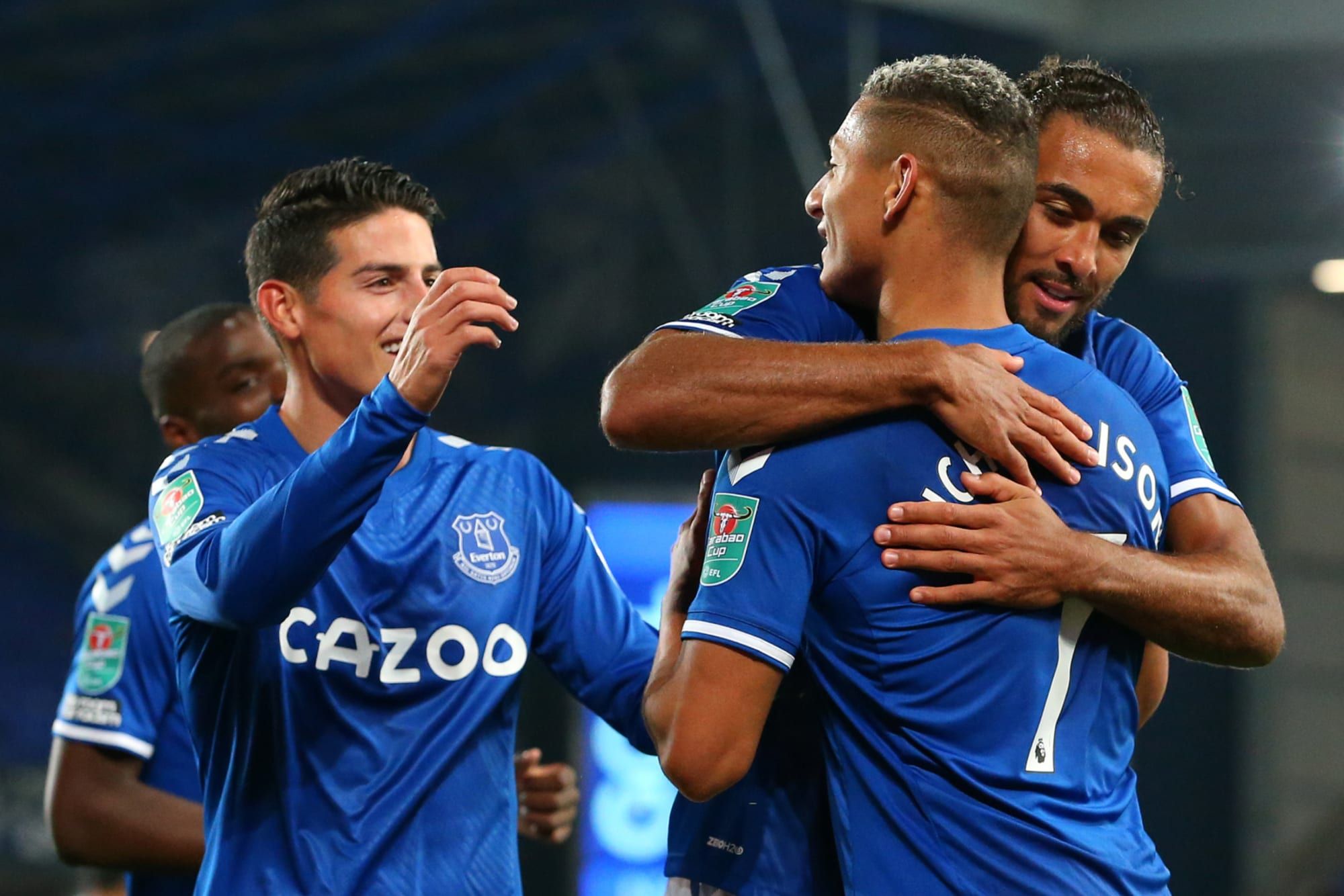 According to Eurosport, the Toffees are aware that Richarlison and Rodriguez are seeking a way out of Liverpool in the ongoing transfer window.

Newly-appointed manager Rafael Benitez faces a sizeable headache regarding his squad selection, with several first-team stars trying to force their way out of the club.

The Spaniard is already an unpopular figure within one section of the Everton supporters, considering his history with Liverpool.

He could grow even more unpopular with the fans if he fails to keep hold of the team’s headline performers.

Rodriguez could spearhead the exodus, particularly in light of Carlo Ancelotti’s departure for Real Madrid.

The Italian played a pivotal role in luring the Colombia international to Goodison last summer.

James moved to the Premier League as a free agent after running down his contract at Real Madrid, putting pen to paper on a two-year deal.

However, the 30-year-old endured a topsy-turvy maiden campaign in England and is currently contemplating his future at Everton.

A series of injury setbacks curtailed Rodriguez’s momentum in the Premier League and forced his withdrawal from Colombia’s national team for the 2021 Copa America.

He is now keen to rekindle his career and get back to his glory days next term to secure a place in the national team for the upcoming 2022 World Cup in Qatar.

Rodriguez reportedly believes his chances of getting his career back on track would increase away from Everton, with a potential move to Sevilla well on the cards.

Meanwhile, Richarlison has struggled to live up to his £50million price tag since completing his permanent move from Wolverhampton.

Yet, during his three-year spell at Goodison, the Brazilian has tallied 33 goals and seven assists in the Premier League, playing as a striker and a left-winger.

According to reports, he has his eyes set on a blockbuster move to Real Madrid.

But Los Merengues’ financial troubles could pose a problem, which is likely to derail Richarlison’s hopes of moving to Spain.

The 24-year-old was one of Brazil’s regulars at the 2021 Copa America as Tite’s men finished runners-up to bitter rivals Argentina.