Manchester United weighing up next summer move for Kylian Mbappe 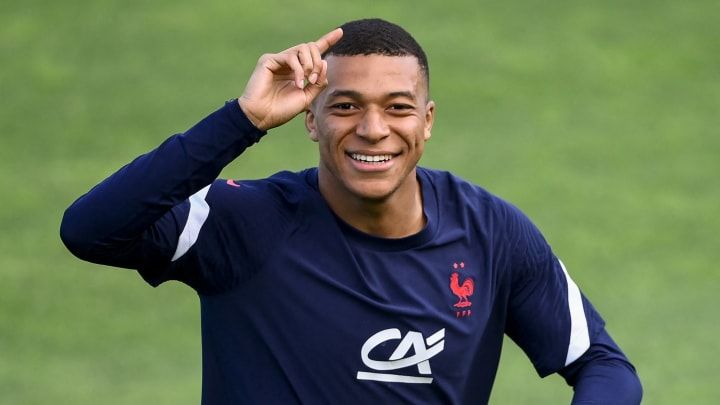 According to ESPN, after Liverpool and Real Madrid, Manchester United are also in the fray as Kylian Mbappe looks destined to sever ties with Paris Saint-Germain next summer.

With less than a year left to run on his current contract at the Parc des Princes, the 22-year-old forward continues to play hardball on PSG over extending his deal.

After strengthening the squad with some of the world’s finest players this summer, Les Parisiens are now keen to tie their long-serving stalwart down to a new contract.

However, it has proved tricky so far as Mbappe looks hell-bent on exiting France after terrorizing defenses in his homeland for five years.

Given his eye-catching displays for PSG, there’s no shortage of suitors, with some of Europe’s most prominent clubs keeping close tabs on the ex-Monaco starlet’s situation.

In addition to Madrid’s long-standing interest, Liverpool and Manchester United are also in the running to sign the dubbed future Ballon d’Or winner.

Mbappe has been nothing short of outstanding since making his senior breakthrough at the Stade Louis II in 2016, having already smashed a 100-goal barrier at the age of 22.

Manchester United are no strangers to completing blockbuster signings, as witnessed by the arrivals of Jadon Sancho and Raphael Varane this summer.

The Red Devils seem to have no intent on stopping there as they target Mbappe, who could be a free agent come the summer of 2022.

Indeed, the three-time European Cup winners are exploring the possibility of launching an offer for the French dynamo next summer.

With Edinson Cavani, 34, not getting younger, Ole Gunnar Solskjaer will soon need a new face to lead the line at Old Trafford.

Given the club’s glorious history, a player of Mbappe’s calibre looks suitable to fill the role.